HumuloVR safety training products were selected to be part of a third-party study designed and carried out at Central Washington University (CWU) in 2022. CWU is a public university in Ellensburg, Washington with a total of eight Washington state campuses. The University offers vocational types of programs among other academics.

A goal of the study, designed and led by Dr. Hongtao Dang Ph.D. and Dr. Jennifer Serne Ph.D., was to determine to what degree the more traditional school-based and physical simulations learning would be improved using Virtual Reality safety training tools. Quantitative and qualitative data would be derived from the study’s design.

Post-study qualitative input by the experimental user group confirmed the learner-friendliness of the VR experience, as well as heightened self-confidence with and understanding of the safety processes taught.

Both groups were pre-tested on knowledge. They were also immediately post-tested on comprehension of the material with the same test questions. Both groups took the usual classroom/lab sessions, doing the hands-on classroom physical exercises (simulations) using propane fire and fire extinguishers for fire safety, along with performing the usual confined space entry simulation. Both are typical training protocols in such settings.

The Experimental Group added the Virtual Reality training to both of these classroom trainings, whereas the Control Group benefited from the only classroom sessions for both.

It must be noted that classroom mock-ups in neither of these trainings can ever create a full real-world context for action, while the Virtual Reality trainings HumuloVR has built-in scenarios that are quite life-like. It must also be noted that the HumuloVR training modules are approximately 20 minutes in length from start to finish, can be repeated at will, and have embedded scoring.

Quantitative outcomes were obtained through three tests, summarized, and provided to HumuloVR at the study’s end by the professors. Identical pre-tests were administered to Experimental and Control group members, the two programs were carried out, then followed immediately by identical post-tests for all students. 30 days later, the same final post quiz was administered to both groups to determine retention.

Qualitatively, 100% of the members of the VR group thought using Virtual Reality helped them learn more and better. The VR Experimental Group participants responded in writing to this question:

“Do you feel that taking the VR training helped your comprehension

of the course material related to fire extinguishment and confined spaces?”

The participant’s qualitative verbatim comments below showed 100% user satisfaction with the content (brackets added for clarity):

Reinforcement of Other Market Case Studies

It is notable that the quantitative and qualitative outcomes of this CWU third-party study have reinforced past Virtual Reality training surveys and studies that multiple industry researchers have published. Two reminders of some of those outcomes:

Price Waterhouse Cooper already knew that VR learning for hard skills training (such as the safety training HumuloVR develops) was both efficient and effective in its skill development. But what about soft skills? In this PwC study of how VR learning could enhance soft skills training, it chose a group of new managers from 12 of its U S locations for a study using for its topic “inclusive leadership”. It used three learning modalities—traditional classroom, e-learning and v-learning or Virtual Reality. The results by the Virtual Reality learners were significantly different. These learners learned four times faster than the classroom learners. They were 275% more confident about applying skills they learned after their training. They felt 3.75 times more emotionally connected to the content than classroom learners did. And the VR experience gave them 4 times the focus over their e-learning peers. Read more here—https://www.pwc.com/us/en/tech-effect/emerging-tech/virtual-reality-study.html

In a roundup of the most recent multi-industry research and case studies, Axon Park summarized major findings of using Virtual Reality in training and education, including:

In the Central Western University study, the retention metric—retesting 30 days after the post-test—showed the Experimental Group of VR learners had retained higher average levels of knowledge. On more difficult concepts such as confined space entry, the Experimental VR Group saw as much as 30% higher scores on individual questions versus the Control Group. Because fire training concepts are much simpler, and potentially more familiar to the general public, not as high a variable was seen on those pre/post/retention scores. 100% of the learners thought Virtual Reality was useful for training and wanted it included in the future safety training classes of their CWU Safety Program.

HumuloVR safety training builds the scenarios needed for the learners to put themselves in the real-world contexts faced on the job, whereas the physical classroom simulations cannot create a full context. In fact, in the confined spaces training, the VR experience defines what a confined space is much more fully than classroom training can.

It should be noted, this phase 1 study was conducted on college age students who were actively studying industrial safety to become safety experts. HumuloVR training is currently designed to reinforce largely foundational knowledge, the fact that the experimental groups showed discernably higher scores than the control group using only knowledge exams as the quantitative measurement is notable. The researchers expect a significant outcome in follow on experimental phases with industrial workers.

These outcomes proved so positive from a learning-and-comprehension standpoint following their experience running the study that the study leaders made two decisions.

Firstly, they plan to purchase the HumuloVR system for permanent use in their classes.

Secondly, the professors state that there is no doubt that the same study with blue-collar workers would show even more pronounced advantages for the HumuloVR training over traditional physical simulation training. The professors are thus applying for multiple grants to continue the research with the HumuloVR trainings and have approached several construction companies to enroll actual employees as test subjects. The research team expects to initialize phase 2 of the study in Fall 2022. 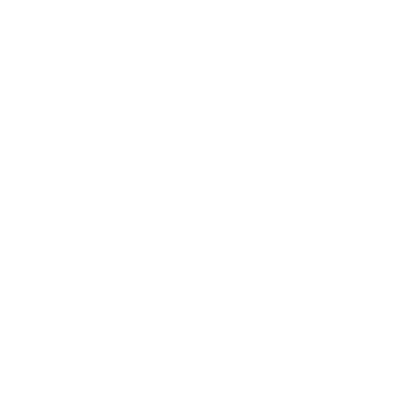 FREE 1 WEEK TRIAL Shipped To You

Free 1 week Trial Shipped To You